In this sequel to Father of the Bride (1950), newly married Kay Dunstan announces that she and her husband are going to have a baby, leaving her father, Stanley Banks, having to come to grips with becoming a grandfather.

Middle class family man Stanley Banks reminisces on events of the past year: One afternoon, returning from the office feeling happy and energetic, Stanley’s routine is interrupted when his wife Ellie tells him that they are having dinner with their daughter Kay and her husband, Buckley Dunstan, to hear some important news. Although Stanley is certain that it concerns Buckley’s business, the newlyweds reveal that Kay is expecting a baby. Buckley’s parents, Doris and Herbert, are delighted, as is Ellie, but Stanley broods that he is too young and vibrant to be a grandfather. Soon Ellie, flush with excitement, throws Kay a baby shower, something Stanley thinks is highway robbery not punishable by law. Later, Ellie suggests that they remodel their house to enable Kay, Buckley and the baby to move in with them, but Stanley puts his foot down. Ellie is near tears when the wealthy Dunstons announce that they are planning to add a wing to their home for the couple, but is overjoyed when Kay and Buckley reveal that they have just bought their own little house, enabling Ellie to have free rein helping Kay decorate.

END_OF_DOCUMENT_TOKEN_TO_BE_REPLACED

Laurel and Hardy in “The Flying Deuces”

The Flying Deuces, also known as Flying Aces, is a 1939 comedy film starring Laurel and Hardy, in which the duo join the French Foreign Legion. It is a partial remake of their 1931 short film Beau Hunks.

Jack (Lou Costello) and his “agent,” Mr. Dinkel (Bud Abbott), are struggling to find work through an employment agency. They land a gig baby-sitting a troublesome boy named Donald (David Stollery). Trying to get the child to sleep, Jack reads him the fairy tale “Jack and the Beanstalk” which subsequently lulls Jack asleep, transporting him into the fantasy world of the storybook. There, he encounters magic beans, a giant and a princess in distress, among other things. 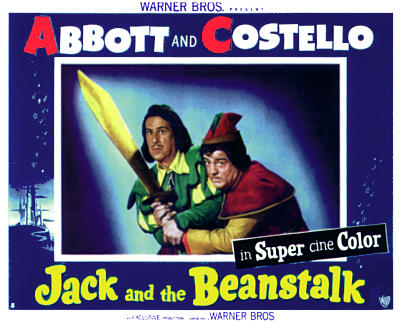 Jack and the Beanstalk

Four Chaplin shorts from 1917: The Adventurer, The Cure, Easy Street and The Immigrant, presented with music and sound effects.

Carol Lombard and William Powell Star in My Man Godfrey

Fifth Avenue socialite Irene Bullock (Carole Lombard) needs a “forgotten man” to win a scavenger hunt, and no one is more forgotten than Godfrey Park (William Powell), who resides in a dump … 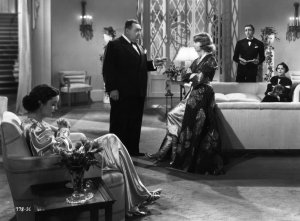 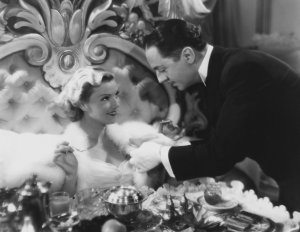 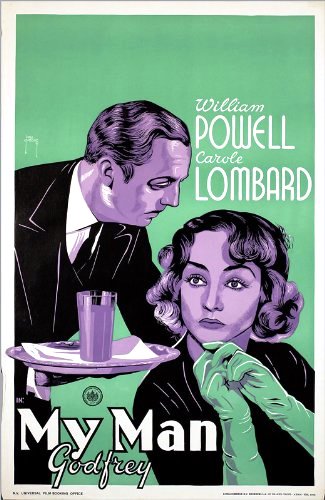 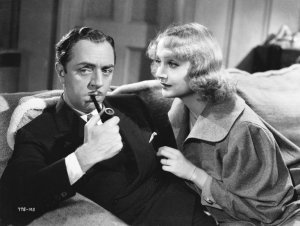 Abbott and Costello try to pass themselves off as some of the world’s leading African safari hunters, when in reality they’d be lucky to find Africa on a globe. Their tales of bravado are overheard by diamond thieves who take them as their guides on a secret expedition into the heart of Africa. Their only hope is that Africa is no match for their comedic timing. Expertly restored and in color for the first time, this wonderful family romp of a movie goes through jungles filled with lions, monkeys and even a giant ape!

Well, here’s your chance! A young couple is raising funds for this post apocalyptic comedy set in a small town that wasn’t affected by the fallout. Lucky Please help these young artists get their project off the ground! Watch the videos: 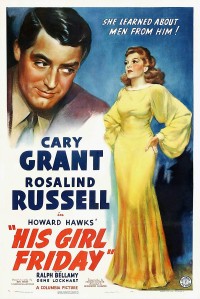 A newspaper editor uses every trick in the book to keep his ace reporter ex-wife from remarrying.