Wounded and on the run, notorious gunman Quirt Evans gallops onto a farm owned by Quaker Thomas Worth and his family and promptly collapses from exhaustion. When Quirt urgently insists upon sending a telegram, Thomas and his daughter Penelope drive him into town in their wagon. After wiring a claim to the land recorder’s office, Quirt kisses Penny and then passes out. Ignoring the doctor’s advice to rid themselves of the gunfighter, the compassionate Worth family tends to the delirious Quirt, and Penny becomes intrigued by his ravings of past loves. Days later, Quirt regains consciousness and Penny patiently explains the family’s credo of non-violence. Three weeks later, Laredo Stevens and Hondo Jeffries ride into town looking for Quirt. When Penny’s younger brother Johnny rushes home to inform Quirt of his visitors, Quirt quickly prepares to flee, and Penny, now smitten with Quirt, offers to run off with him. At the sound of approaching horses, Quirt grabs his gun and discovers that it has been emptied. Training his gun on the doorway, Quirt calmly greets Hondo and Laredo. Thinking that Quirt has the upper hand, Laredo, who has come for Quirt’s deed to the land, offers to buy his claim. When Quirt sets the price at $20,000, Laredo hands over $5,000 in gold and challenges him to come for the balance when he is able. Afterward, Quirt saddles his horse with the intention of leaving, but when Penny begs him to stay, he changes his mind. Later, while helping with the farm chores, Quirt learns that cantankerous rancher Frederick Carson has dammed up the stream that runs through the valley, thus draining the Worths’ irrigation ditches. Immediately proceeding to the Carson ranch, Quirt demands that Carson open the dam, and Carson, intimidated by Quirt’s reputation, complies. Soon after, water flows onto the Worths’ land, and in gratitude, Mrs. Worth treats a boil on Carson’s neck and plies him with baked g

oods. This newly attained accord between neighbors gives Quirt a sense of accomplishment. One Sunday, Penny asks Quirt to join the family for a ride. Before they leave, Marshal Wistful McClintock comes to question Quirt about a stagecoach robbery and the family swears that Quirt was with them at the time of the robbery. The marshal then asks Quirt why he resigned as Wyatt Earp’s deputy, sold his cattle spread and crossed over to the wrong side of the law soon after cattleman Walt Ennis was gunned down by Laredo in a saloon brawl. When Quirt refuses to answer, the marshal leaves. Penny then begs Quirt to steer clear of Laredo and he acquiesces because of his love for her. As Quirt and the Worths ride to the Quaker gathering, Quirt’s erstwhile sidekick, Randy McCall, stops them along the trail and decides to tag along. While the Quakers commence their meeting, Randy tells Quirt that Laredo plans to rustle a herd of cattle and suggests that they then steal the herd from Laredo and let him take the blame. As Randy finishes outlining his plot, Mr. Worth awards Quirt with a Bible for ending the feud with Carson. Fearing that he will never be able to live up to Penny’s expectations, Quirt abruptly leaves with Randy. Reaching the pass just as Laredo’s gang gallops down to stampede the herd, Quirt and Randy attack the rustlers and steal the herd from them. In the town of Rim Rock that night, Quirt and Randy celebrate their victory with showgirls Lila Neal and Christine Taylor. When Lila, sensing a change in her old flame, teases Quirt about his Bible, Quirt becomes angry and rides back to the Worth farm. Overjoyed by his return, Penny throws her arms around him just as the marshal arrives to question Quirt about the rustling. Quirt states that Lila can provide him with an alibi, causing Penny to become jealous. Although the marshal warns Quirt that he is the wrong man for Penny and will inevitably wind up at the end of a rope, Quirt decides to propose to her anyway. Instead of replying, Penny invites Quirt to join her picking blackberries. As they wander through the bushes, Quirt, prodded by Penny’s questions, recalls his childhood. Reared by the kindly Walt Ennis after his parents were mas 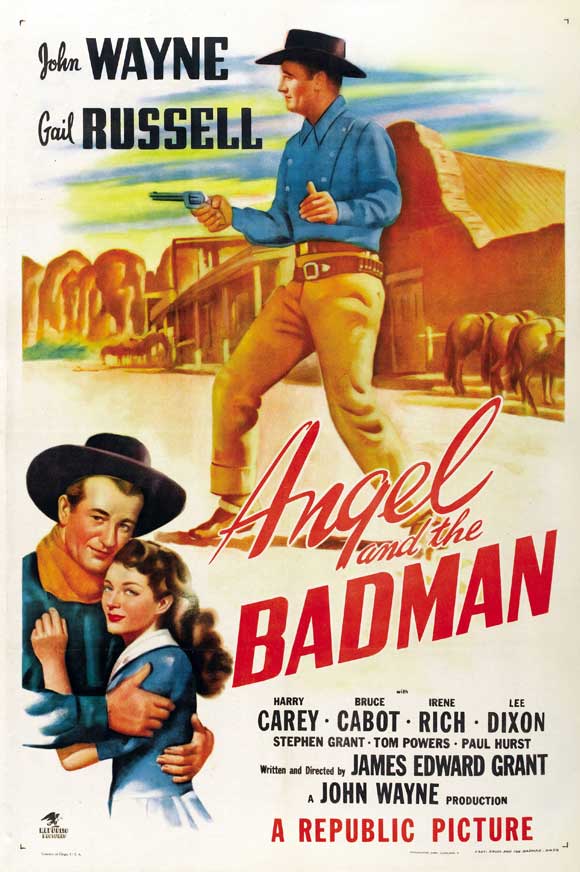 sacred by Indians, the young Quirt found himself alone once again after Ennis was murdered in a saloon fight. His story completed, Quirt and Penny begin the journey home when their wagon is ambushed by Laredo and Hondo. Spooked, the horses gallop out of control, causing the wagon to plunge over a cliff into the river,

temporarily submerging both Penny and Quirt. When Penny develops a life-threatening fever due to the accident, Quirt straps on his pistol and rides to town to exact revenge. After Quirt leaves, Penny’s fever suddenly breaks, and she regains her lucidity. In town, Quirt is about to draw down on Laredo and Hondo when Penny and her family arrive in their wagon. No longer driven by revenge, Quirt surrenders his gun to Penny. As Laredo and Hondo prepare to gun down Quirt, the marshal appears and shoots them both. After Quirt renounces lawlessness in favor of farming and rides off in the Worths’ wagon with Penny, the marshal picks up Quirt’s discarded weapon from the dust.

Well, here’s your chance! A young couple is raising funds for this post apocalyptic comedy set in a small town that wasn’t affected by the fallout. Lucky Please help these young artists get their project off the ground! Watch the videos: 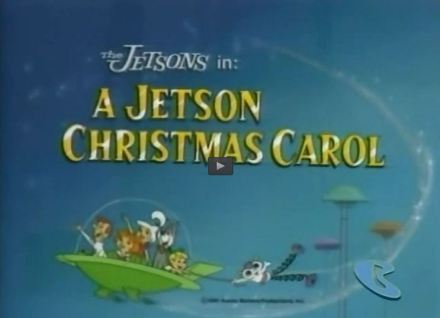 It’s Christmas Eve, and Jane, Judy, and Elroy Jetson are just finishing up their Christmas shopping but Mr. Spacely, George Jetson’s Scrooge-like boss, demands George work overtime filling sprocket orders on Christmas Eve while he spends his own holidays counting his personal fortune. Can three late-night visits from the ghosts of Christmas Past, Christmas Present, and Christmas Future provide a new perspective that might cause Spacely to mend his ways? The timeless Dickens tale, A Christmas Carol, takes on some novel twists when set in the futuristic world of the Jetsons: you’ll never guess who fills Tiny Tim’s shoes! Jetsons fans will love this fun. 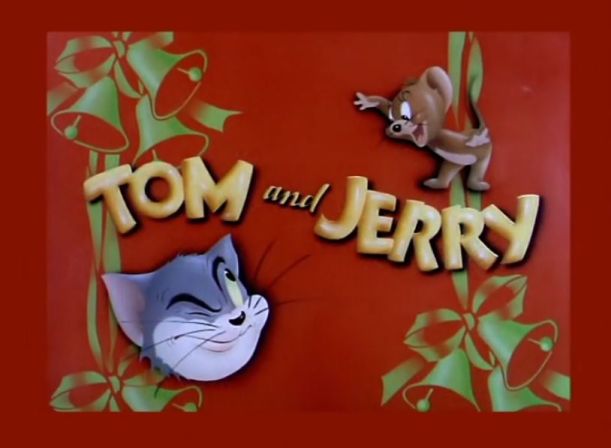 “The Night Before Christmas”

Watch this classic Christmas cartoon with the kids!

It’s snowy and cold outside, and warm inside where Jerry squeezes past a mousetrap to cavort under a present-laden Christmas tree. Mistaking the sleeping Tom for a plush toy, Jerry wakes the cat and a mad chase ensues. Various toys come to Jerry’s rescue as he dashes about. Mistletoe is his final refuge before he must escape to the outdoors just ahead of Tom’s claws. Out in the snow, he may become a mouse Popsicle, and unless Christmas peace can descend, Tom may be in for a nasty surprise as well. Can the lads find the spirit of the season? Written by jhailey@hotmail.com (http://www.imdb.com/title/tt0033952/plotsummary?ref_=tt_stry_pl)

“The Night Before Christmas”